The Over-Provisioning setting of an SSD can be modified by a user. It must be performed on an SSD that is in a completely clean state. This can be an SSD that is fresh out of the box that has never been used or by secure erasing the SSD.

 Issue the SET MAX ADDRESS command (part of the ATA specification) to set the maximum address the operating system (OS) can see. HDPARM* and HDAT2* are third-party industry tools that can be used to issue this command.

 Define a partition that is less than the maximum available capacity of the SSD. This option can be found in the OS drive configuration tools.

Both SET MAX ADDRESS and partitioning will reduce the user addressable space and allow the SSD to use the remaining space as part of the “ready to be written” resource pool.

The steps below describe how to configure the HDAT2 program for over-provisioning in a Windows-based PC.

A. Download the latest version of Rufus from this link. https://rufus.akeo.ie/

B. Run the program. It does not install as its a stand alone program. 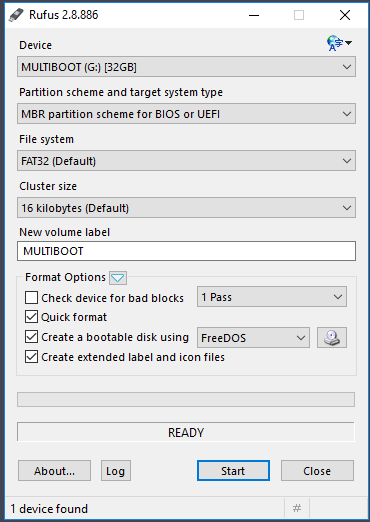 2. Download the HDAT2 program from this site and copy HDAT2.exe into the USB thumb drive.

3. Set your BIOS and ensure that the USB is the first bootable device.

4. Attach the SSD to a SATA hard drive slot and reboot the computer.

5. The computer should be booted through the USB, and a command line interface will appear on the screen.

6. Type in “HDAT2”, and then press the Enter key. The SSD model name and capacity will appear on the screen.

8. Press the Enter key. The three areas, described below, will appear:

 Hidden area = Native area – User area. The size of the hidden area should be indicated on the screen.

10.Press Insert and enter the new value. Press “S,” then select “Y (Yes).” Then press any key to complete the process.

11.Reboot the computer (this time, use the local OS disk to boot up).

12.Check the new capacity through the Disk Manager in the Windows operating system.

Note: if you want to use a different drive configuration, you can do so by typing in different values in Step 9 (for example, using a 96G drive instead of a 160G drive).